What Are the Most Popular Implant Sizes and Techniques in Breast Augmentation Surgery? 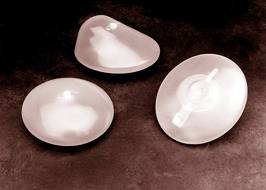 In March of 2009, the Aesthetic Surgery Journal published the results of a survey conducted among members of the American Society for Aesthetic Plastic Surgery that revealed the most commonly used breast implant size, type, placement, and incisional approach used by cosmetic surgeons.

According to the results of the study, breast implants between 300 and 400 cc are used in about 80 percent of breast augmentation cases. For most patients, this would result in a small C cup to a large C cup in bra sizes. Other popular breast implant sizes include:

According to the plastic surgeons that responded to the study, saline implants are used instead of silicone implants 60 percent of the time.

The study concluded that the inframammary incisional approach is the most popular among surgeons, with 64 percent reporting that it is their preferred technique. The areolar approach received 25 percent of the vote. The transaxillary approach is used by 8.7 percent of surgeons, while less than 1 percent employ the transumbilical technique.

Placement of breast implants beneath the chest muscle, the submuscular approach, is the most commonly used technique in breast augmentation, according to 62 percent of surgeons surveyed for the study. Only 11.5 percent of respondents reported use of subglandular placement.